Behind the walls of Göttingen‘s Aula hides a secret. Up until 1933, students, who committed an offence had to go to the so called “Karzer”, the student jail.

A hundred years ago, Göttingen was a different world. It was a time when horse carriages were still driving through the streets and candles burnt insight lanterns. But it was also a time, in which “constant laziness” could bring you to prison. Every student, who committed a minor crime, was to be judged by the academic court. Worst case scenario: You ended up in the Karzer.

Minor crimes were for example: making noise at night, duels, riding your horse too fast in the city, throwing out lanterns and “nonsense of all kinds”. But in the 20th century, the students didn’t seem to fear the jail anymore. It was quite the opposite. Who wanted to be cool, had at least once to be imprisoned in the Karzer, otherwise you were a wet blanket. In his time in Göttingen (1832-33), Otto von Bismarck was sentenced to eighteen days imprisonment. He was accused of participation in an illegal duel and smoking tobacco in public. Bismarck served his time in the Concilienhaus in Prinzenstraße 1, the original prison-building. They had to move it to the Aula, because Concilienhaus became too small for all the inmates. 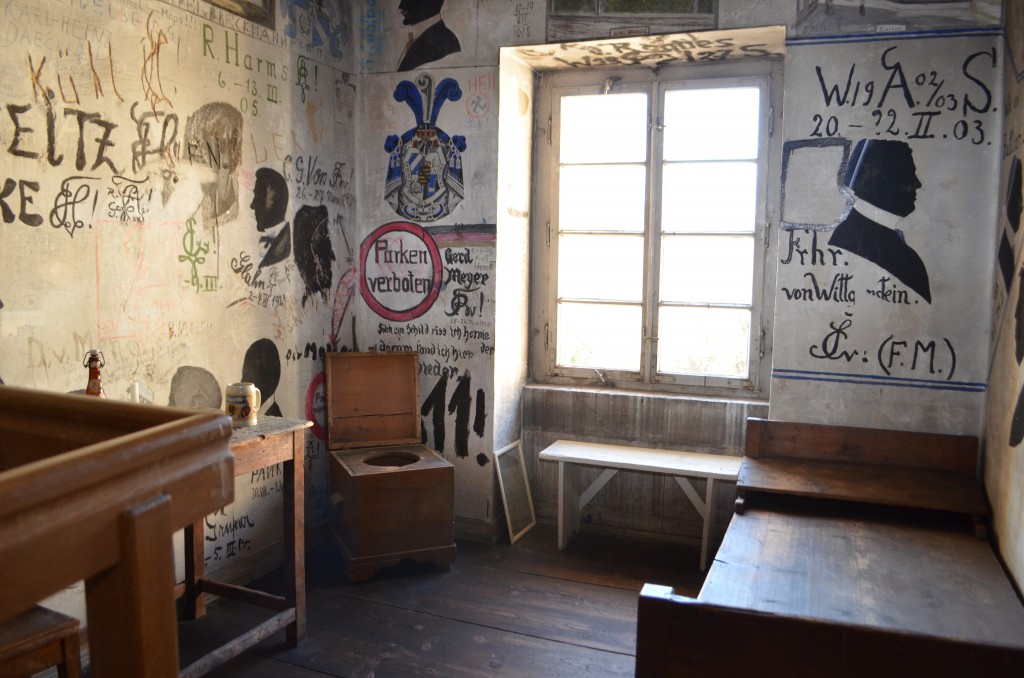 Today, the Karzer at the Wilhelmsplatz and four of its rooms are open to visitors. They are part of a guided city tour through Göttingen. If you’re lucky, you even get to see janitor Windel, dressed up as bedel. A bedel was someone, who was responsible for watching over the students in the Karzer. Donors helped to restore the drawings, sayings and scribblings on the walls. Many students carved their names or the symbols of their fraternities into the walls. The small chamber didn’t leave them with much more than a wooden table, a bed with a straw bale and a chamber pot. 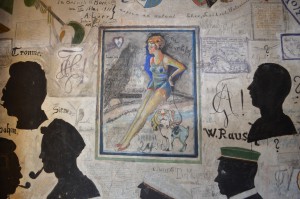 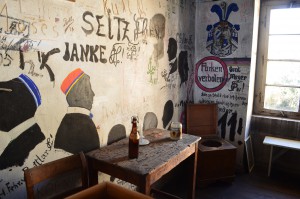 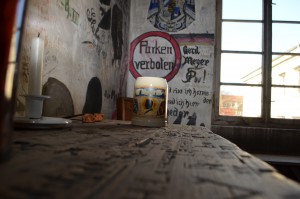 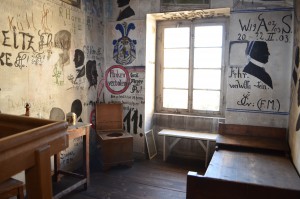 To kill some time, the students became creative. One of them turned his offence into a poem:

When I first caught sight of you,

I had no thought but one:

It wasn’t long after this lantern that the days of the Karzer ended as well. 1933, after the Weimar Republic had failed, the academic court ceased to be in force, and so did the student jail. The romantic world of the imprisoned rebels was over. Now there were other rules to disobey.

Nowadays a student sitting in a jail cell painting the walls would cause a lot of media attention. No matter how many times he was caught riding his bike too fast or making noises at night. This might cost him money but never his liberty. It actually is a shame: So much wasted artistic potential.