With timpani and trumpets: whoever enjoys music will get what he or she is looking for in the academic orchestra (akademische Orchestervereinigung, AOV) – but beforehand, an entrance exam must be passed.

Eva Schiwek simply did it. Four years ago, when her friends asked her whether she would be up for stopping by at an orchestra audition, she said yes. Why wouldn’t she? The 26-year-old musicology and philosophy student is a passionate violinist who says that “making music in a large group is way more fun”.

Just in time for the beginning of the summer semester the academic orchestra (AOV) is looking for new musicians. Two things are especially important: passion and talent. “We wish to maintain a good level, that’s why we have an entrance examination“, says Roland Schuster, who is part of the orchestra’s board. Prior to the examination, candidates are given the opportunity to rehearse two pieces which they can then play for one minute each. “And then we decide if it’s a match“, says Schuster.

To me, it doesn’t sound that simple. I am thinking about my time during secondary middle school in Hesse, where all students had to play the flute. I remember standing in front of my class with my legs trembling during the exam, anxious to not make any mistakes. But maybe that was the very problem: the world of music without notes always remained locked to me, unfortunately.
“We are no professionals”, says Avischag Müller, the manager of the orchestra’s public relations work. Skills come with practice and who invests a great deal of time into his instrument will be rewarded. 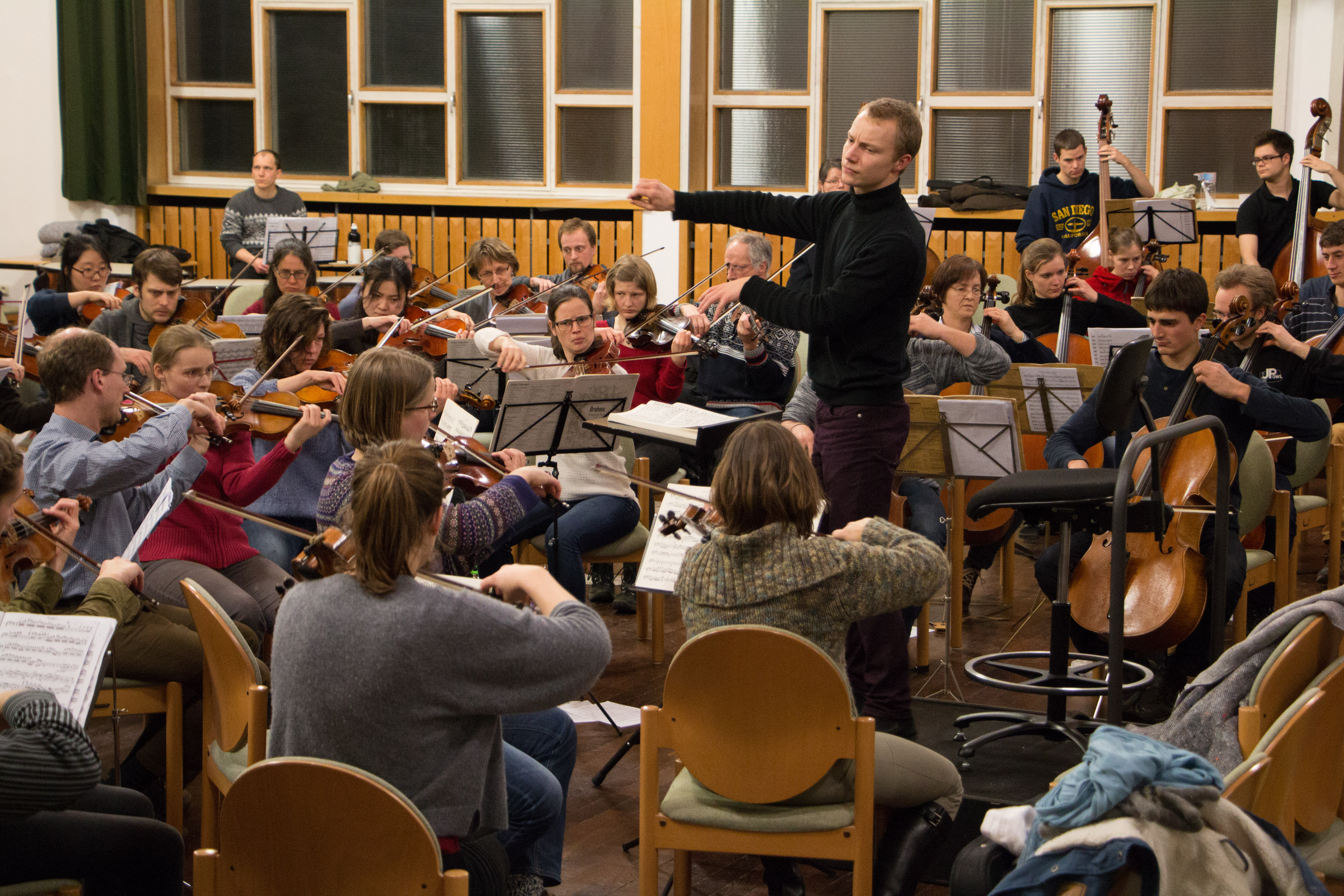 I never turned out to be a great musician – but how do I become one? “Most of them started playing in their early childhood”, says Schuster. Sure, there are also exceptional cases, such as musicians who started out quite late and have become great anyway. Those, however, remain an exception.

The special thing about the AOV (founded in 1906) is that it is an association and a student group at the same time. Particularly symphonies from the 19th century are part of their musical repertoire.

Last winter semester a public dress rehearsal for refugees took place with 30 visitors in the audience. After meeting the refugees in person, one member decided to take three refugees into his home. What a wonderful story!

Eva tells me that pretty much after every rehearsal they go for a beer at “Thanners” – that doesn’t sound bad either.

Interested musicians will have the opportunity to get to know the AOV during their first audition on April 14th. Auditions for the string players are at 6 p.m., the wind players will take their turns at 6.45 p.m.

By the way: The semester final concerts will be held in the Aula am Wilhelmsplatz on June 25th and 26th, beginning 8 p.m. The ticket costs at the box office 15 Euro.

You can also get in touch with AOV via Facebook.